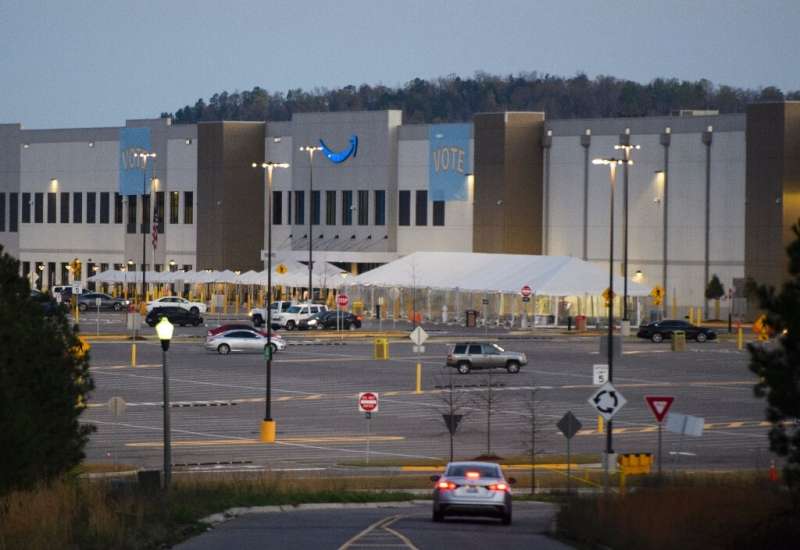 A wide majority of workers at an Alabama Amazon warehouse voted against a union drive, but the results are likely to be challenged by activists who claimed the company used unfair tactics

A contentious unionization drive at an Amazon warehouse in the southern US state of Alabama failed Friday as a vote count showed a wide majority of workers rejecting the move.

In a tally streamed live online, National Labor Relations Board officials recorded a “no” vote majority of 1,798 to 738, a stinging defeat in the push to create the first labor union at a US-based Amazon facility.

Of the 5,876 eligible voters, 3,041 submitted ballots, some of which were voided or challenged but not enough to change the outcome, according to the labor board.

The results cap a bruising months-long battle that has sparked intense debate over workplace conditions at Amazon, which has more than 800,000 US employees.

Amazon has argued that most of its workers don’t want or need a union and that it already provides more than most other employers, with a minimum $15 hourly wage and other benefits.

The Retail, Wholesale and Department Store Union, which organized the drive, said it would challenge the outcome, arguing that Amazon had “created an atmosphere of confusion, coercion and/or fear of reprisals and thus interfered with the employees’ freedom of choice.” 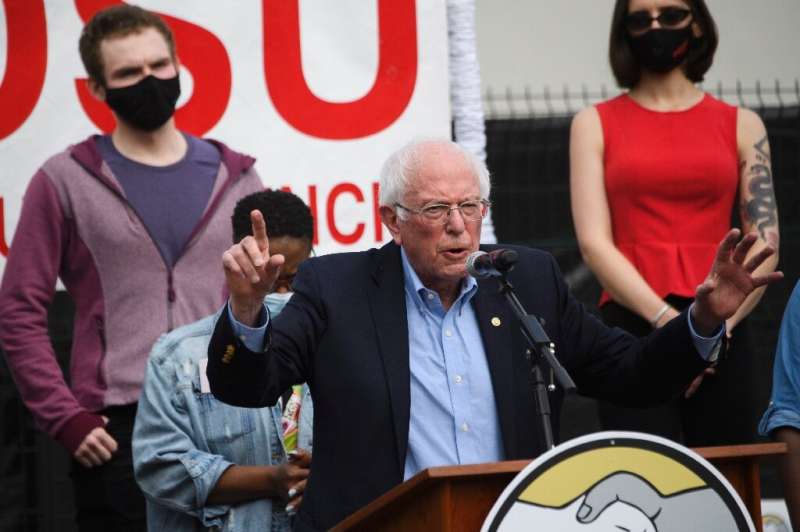 Amazon denied intimidating workers, whom it contended were inundated with anti-company messages by the union, politicians and media outlets.

“Amazon didn’t win—our employees made the choice to vote against joining a union,” the e-commerce colossus said.

“We welcome the opportunity to sit down and share ideas with any policymaker who wants to pass laws ensuring that all workers in the United States are guaranteed at least $15 an hour, health care from day one, and other strong benefits.”

The labor group said workers were bombarded with anti-union messages, and claimed the company’s use of a drop-box outside the warehouse could have intimidated employees.

“Amazon knew full well that unless they did everything they possibly could, even illegal activity, their workers would have continued supporting the union,” said RWDSU president Stuart Appelbaum.

“That’s why they required all their employees to attend lecture after lecture, filled with mistruths and lies, where workers had to listen to the company demand they oppose the union.”

Appelbaum said Amazon’s use of a postal drop box on its grounds “provided a clear ability to intimidate workers.” 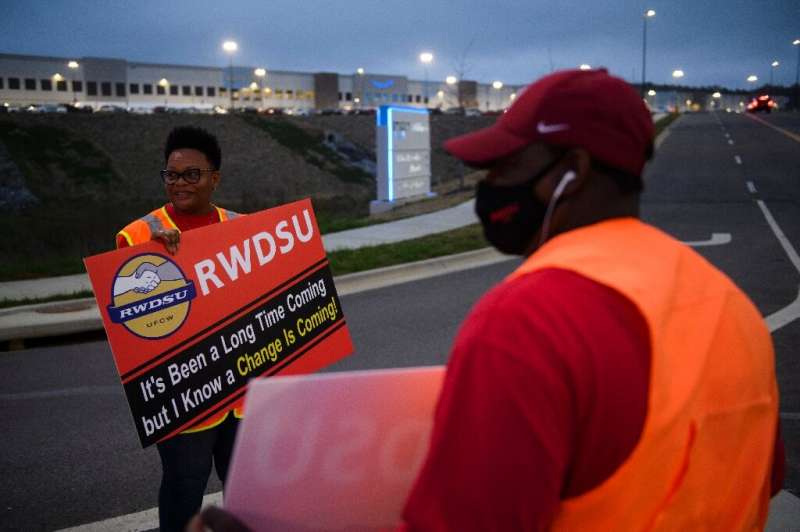 The Amazon drive was seen as a watershed for a diminished US labor movement, with activists aiming to use the Alabama warehouse as a catalyst for other organizing efforts.

Brookings Institution senior fellow Darrell West said the Amazon effort was “a test case for whether the digital economy would go the same route as the industrial economy.”

Will Brucher, an instructor at the Rutgers University School of Management and Labor Relations, said the organizing drive might still help the broader labor movement.

“Amazon won this battle, but the war may not be over,” Brucher said.

“Community-based, grassroots organizing can succeed, even against a powerful employer like Amazon.”

While the failed vote in Bessemer, a suburb of the city of Birmingham, is not what union supporters had hoped for, it was a brave stand by workers against a powerful corporation, according to Richard Trumka, president of the 12.5-million member AFL-CIO.

“Whether Jeff Bezos likes it or not, this organizing drive is going to open the floodgates to more collective action.”

Union organizers in Alabama were confident Amazon workers would get a re-vote, with different results.

“I want my fellow Amazonians to know that it’s not over,” warehouse worker Linda Burns said in a video call with reporters.

“We’re going to fight for our rights as human beings, not robots.”

Workers urge Google parent to get tough on harassment