Survey: Nearly 1 in 3 contribute to a crowdfunding drive

Nearly one in three Americans say they donate to a crowdfunding effort each year, according to a first-of its-kind study by the Lilly Family School of Philanthropy at Indiana University. And all indications are that the pandemic has made people even more likely to give to informal campaigns on GoFundMe and elsewhere.

People were most likely to give to appeals made by a family member or close friend: More than half of the 1,535 adults surveyed in September 2020 said they had given to one such effort.

Campaigns organized by charities were the second-most popular, with more than 47% of respondents saying they had donated to a nonprofit on a crowdfunding platform.

Participation in crowdfunding campaigns is still relatively low. About 91% of people surveyed were familiar with the concept, but just 31% said they had given to such an effort.

And as financial needs skyrocketed during the pandemic and many individuals and nonprofits took to mass giving platforms to appeal for contributions toward rent, medical bills, funeral costs, and other expenses, Americans were eager to respond. Among donors who routinely gave to crowdfunding efforts before the pandemic, more than 47% said they had contributed to a stranger’s fundraising appeal during the previous year. That’s nearly 10% higher than the share of all donors who said they had supported a stranger’s crowdfunding campaign.

Nine out of 10 donors surveyed said they’d continue to give the same amount or more to crowdfunding efforts over the next three years.

Moving fundraising to social media and crowdfunding platforms isn’t replacing giving by check or through an organization’s website, said Una Osili, associate dean for research and international programs at the Lilly School. Rather, these campaigns are “growing the pie,” she said.

The survey also captured some demographic trends that set crowdfunding donors apart from those who give through other means. Crowdfunding donors are slightly more racially and ethnically diverse than donors who give by check or through a charity’s website. They’re also more likely to be younger, single, and less religious, according to the survey.

What’s more, because crowdfunding donors give most often to people they know, those who prefer this giving method can be ambassadors who introduce charities to new donors among their family and friends. That potential hasn’t yet been realized, however. More than 62% of donors to crowdfunding efforts say they never use social media to ask their friends or family to join them in giving to a campaign.

Charities could broaden their reach by asking supporters to tap their networks for gifts, says Lloyd Hitoshi Mayer, a professor of nonprofit law at the University of Notre Dame Law School. For now, crowdfunding campaigns tend to post the biggest numbers when they respond to crises, Mayer said.

That was the case this summer when a GoFundMe memorial fund for George Floyd received almost 500,000 individual donations—the most people ever to support one campaign on the platform. That fundraising effort was one of many to see donations skyrocket as protests for racial justice surged across the country. The Lilly School survey found that roughly 20% of donors to crowdfunding campaigns give to social-justice causes. Nonprofits with social-justice missions could use crowdfunding to connect with new donors, Osili said.

While crowdfunding is still maturing—and potential donors still have questions about security and trust—Mayer says the fundraising tactic has promise: “You have to embrace these new tools because otherwise you’re foreclosing an avenue for potential supporters.” 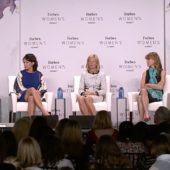