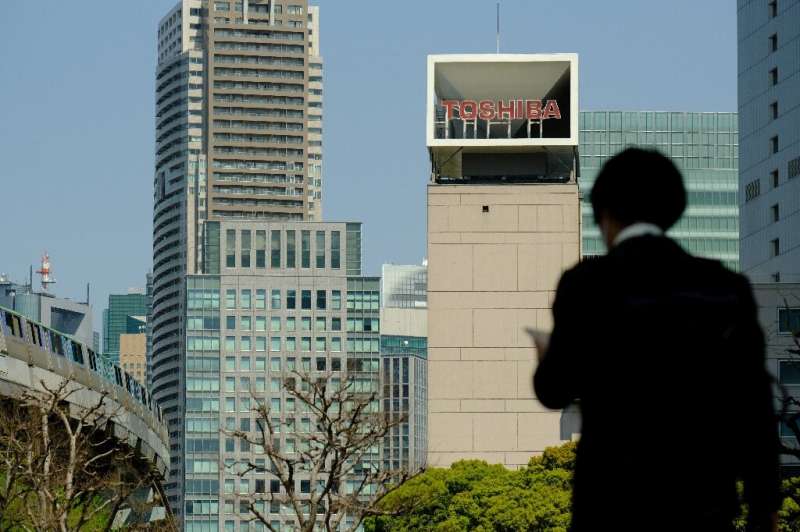 A British hedge fund’s buyout offer for Toshiba faces a long road, including seeking regulatory approval and additional financing, a senior member of the Japanese firm’s board warned Friday.

But Toshiba’s Osamu Nagayama said significant clarifications were needed before the proposal could be fully reviewed.

He noted that CVC proposes seeking financing assistance from co-investors and banks, which Toshiba expects will “require a substantial amount of time and considerable complexity”.

The proposal “is also conditional on a variety of matters such as clearances”, he added in a statement.

“Toshiba board will conduct careful review of the initial proposal when it is further clarified in the future.”

The statement sent Toshiba shares plunging more than five percent in afternoon trade. They had soared as much as 18 percent when word of the proposal emerged earlier this week.

CVC’s proposal would take Toshiba private, with delisting intended to produce faster decision-making by the firm’s management, which has clashed with shareholders recently, according to reports.

It could also allow the firm to concentrate resources on renewable energies and other core businesses, the reports added.

Toshiba has been hit by false accounting scandals and huge losses linked to its US nuclear unit, while it was forced to sell its profit-making chip business to make up for huge losses.

Following painful restructuring, its earnings rebounded and the company in January returned to the prestigious first section of the Tokyo Stock Exchange.